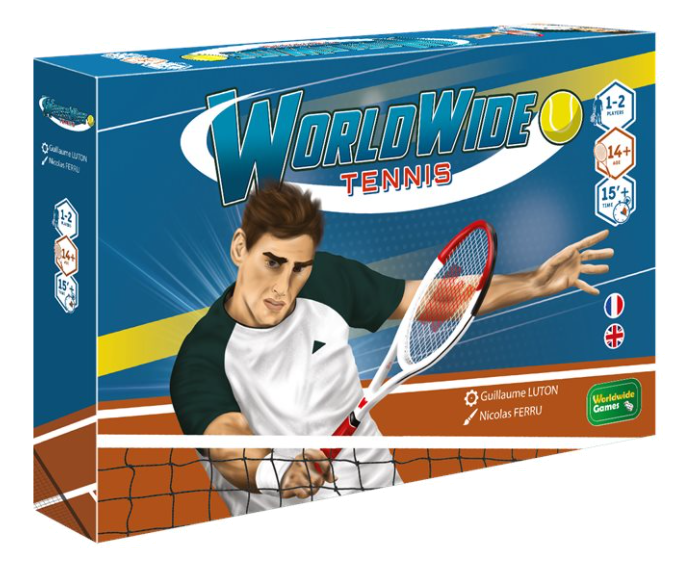 Worldwide Tennis puts you directly in the thick of a tennis match. Serve, drop shot, volley, lob, smash… Use all the strokes at your disposal to beat your opponent. Only a wise management of your hand will lead you to victory!

Fast paced and tactical, Worldwide Tennis does not require any knowledge of tennis but allows many aspects to be simulated. Therefore, sensations are present in a title that promises tense games, always giving the desire to take revenge.

Unfiltered gamer : “A pretty solid game with a unique and added feature : feeling like you’re really playing tennis while you’re playing the game”

Vind’jeu (article in french) : “Did Worldwide Tennis make me feel tennis adrenaline ? Absolutely ! The game is tensed and totally immersive”.

Undecent.fr (article in french) : “I have rarely been so involved in a game. Everything is there:  simulation, strategy,  atmosphere, quality of the components.”

Jupito Games (video in french) :“It really feels like tennis ! But the game is so good that he can be enjoyed even by people who are not interested in tennis.”

Déludik (video in french) : “This game proved to myself that tennis could be a good theme for a boardgame. Once you’re in the game, it’s hard to get out of it!”

Worldwide Football on Board Game Geek